This year the weather in southern California has been unusual–the rains were late, the winter warm, the spring frequently cold. The cedar waxwings typically decrease in number as summer approaches, but I’ve been seeing more. Twenty-three of these crested beauties with their black, bandit masks have just landed in the tree across from my office window.

Many spring and summer birds, like orioles and Western kingbirds, arrived early. Yet, numerous winter residents have yet to fly north. As we pass mid-April, a fair number of local species have already raised their first clutch of offspring–Western scrub jay, house finch, black phoebe, and California towhee. The female Allen’s hummingbird in my backyard not only successfully mothered two nestlings through wet cold days, I caught her this morning with a new paramour. Her next pair of eggs will be filling the nest soon.

It shouldn’t have surprised me then that Malibu Lagoon would also reflect this mixing of migrants. Winter visitors still paddled around the estuary snacking on the aquatic plants and crustaceans. There were American wigeons and a group of six brants. All my books agree the brant, Branta bernicla, is a common bird. This small, short-necked goose appears primarily dark in color with a black upper body and a white “necklace” high on its neck. They may be “common” in specific localities, but I’ve never seen one before.

It is always a thrill to see a new bird species, especially when it is one you’ve been looking for. I’ve been keeping an eye out for a brant ever since I saw the movie, “Winged Migration.” The travels of these feathered wonders fascinates me.

On the west coast, this mallard-sized goose spends the winter along the Pacific Continental United States. When spring arrives, it picks up and flies to Alaska’s Aleutian Islands for a quick stopover before heading to the the northern tundra of Alaska and Canada. Every year they make this grand journey, and most of it is flown over open ocean. In the east, brants winter along the mid-Atlantic coast then migrate to Canada’s most northern tundra. In Europe, where they are called Brent geese, they summer along the coast of the North Sea, in Ireland, Britain, and Denmark, then fly north to the tundra of Greenland or Siberia for the summer.

What an amazing thing to stand on a beach in Southern California and watch a dark-headed goose slurping up a piece of slippery sea greens, knowing that in a month or so that same beak may be nipping at new green growth along the shore of the Beaufort Sea. When the senior U.S. Senator from Alaska, Ted Stevens (R), claims there is nothing but barren “frozen wasteland” along the north shore, he wants you to forget that summer comes even to the tundra. He and the oil companies hope all of us will forget about the thousands of birds that rely on the delicate tundra for their breeding grounds.

I’ve walked on the Alaskan summer tundra and plucked dime-sized blueberries from five-inch tall bushes. You may never visit the far Arctic tundra, but the brant flies there every year.

The female makes her shallow-bowl nest on a small rise in the soggy tundra. Sitting snugly on the nest, the female lays with her head down on the turf. Stretched out flat in this way, the brant is completely vulnerable but she also blends in with the flat tundra. Having no profile makes it harder for predators to spot the nesting goose. Perhaps Senator Stevens just hasn’t looked close enough.

I saw my first brant, today. Soon these six birds will be making their way to the far northern tundra. Wouldn’t it be a shame, if you didn’t have a chance to see one too?
Posted by Keri Dearborn at 9:02 PM No comments: 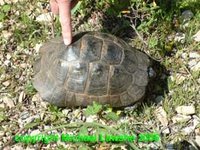 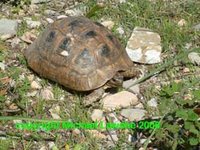 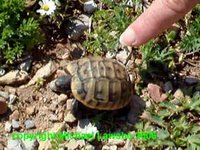 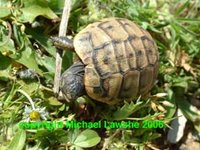 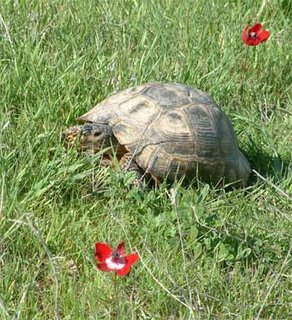 There is something timeless about tortoises. They have an air of ancient wisdom. Their ancestors waded through primordial swamps before the dinosaurs. The fact that they wander now through the ruins of long-gone human civilizations seems appropriate. In many places around the world tortoises are not protected, not honored, and instead are snatched from their homes to appease a misguided human desire to own them. How wonderful it was to see tortoises basking in the sun, trundling through a carpet of wild poppies, and enjoying a wild life in Turkey.
Posted by Keri Dearborn at 12:52 PM 10 comments: 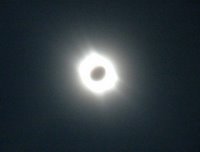 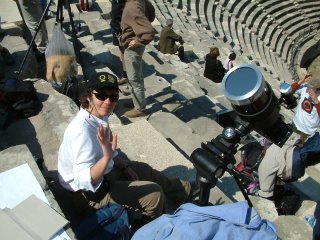 Each solar eclipse offers a different view of our tiny planet. An opportunity to feel the rush of a shadow created by a perfectly placed moon. The chance to experience the universe moving forward without regard for humans. Where will you be in 2008? Canada, Greenland, Siberia, Mongolia? Don’t let the opportunity slip by; there is always 2009–India, Bhutan, China?
Posted by Keri Dearborn at 2:02 PM 4 comments: