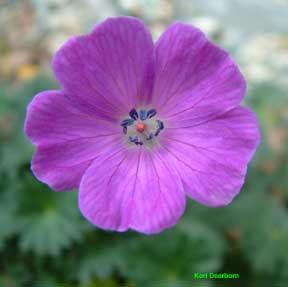 Today is the shortest day of the year. Have you been outside today? Did you take a minute to stop and revel in the splendor of the natural world around you?

Whether it is a geranium in winter, a wisp of white cloud or a relationship with a loved one, life is fragile. The soft gray mourning dove on the bird feeder today may be a Cooper’s hawk’s lunch tomorrow.

It is easy to take for granted the tree you walk by every day, the spider in the corner, the family member that is only a phone call away.

If you are rushing to buy those last minute gifts, ask yourself “Why?” If your answer is “To prove you love them.” Stop.

Love doesn’t come in a box.

Love is time together. Love is listening. Love is placing value on a relationship itself.

In the new year, put your efforts toward protecting and preserving the things you cherish–your family, friends and this planet that nurtures us all.
Posted by Keri Dearborn at 4:43 PM No comments: 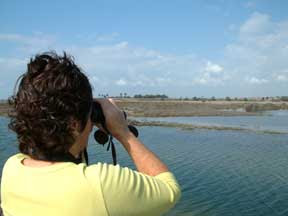 Recently we spent two Saturdays at Bolsa Chica Ecological Reserve birding for shorebirds. 75% of the bird species in North America migrate and a large number of these species are shorebirds. Part of what makes Bolsa Chica so exciting is the variety of birds that pass through or who come to spend the winter. Some of these birds fly all the way from Canada and Alaska.

You might ask, “What is so special about a reddish egret?” 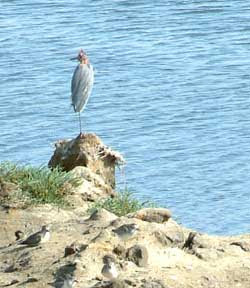 “What does a little island of dry ground with sandpipers have to do with Bolsa Chica?” 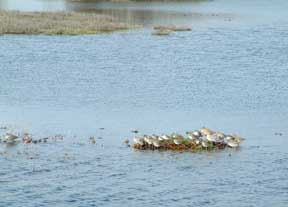 Or “What are those willets doing?” 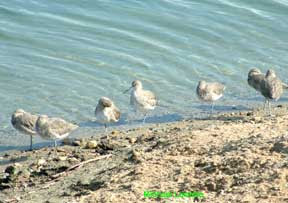 Listen to our first PodCast - Bolsa Chica Audio Adventure and find out. 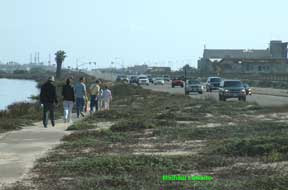 The pathways are easily accessible and the birds are close. Give the Gift of Tranquility - Take your loved ones to go watch the birds for an hour.

Posted by Keri Dearborn at 7:05 PM No comments: 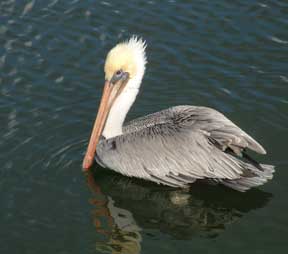 Bolsa Chica Ecological Reserve in Huntington Beach, California is a one of Southern California’s birding gems. We spent a morning there learning to identify the variety of shorebirds. Sometimes this can be a tricky task because many of these migrating birds are visiting Southern California when they are in their drab non-breeding coloration. That means you have to look harder at their behavior, their beaks and feet.


Some birds like the long-billed curlew have a very distinctive feature. 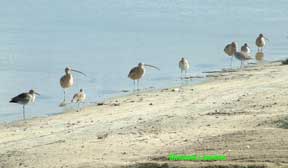 The long downward curving beak on this large shore bird helps it stand out in a crowd. To the far left of the two curlews is a willet in its winter plumage. A somewhat larger sandpiper, gray with a medium-length, straight beak, the willet may not stand out at first, but in flight they flash very distinctive bands of black and white on their wings. 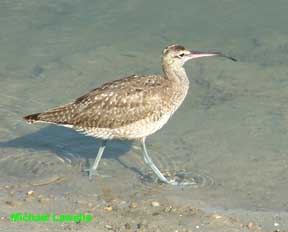 The whimbrel is the most widespread member of the curlew family in North America. It’s long bill also droops downward, but it isn’t as long as the long-billed curlew and the lower mandible or lower part of the beak is pinkish at the base. The whimbrel typically forages alone and, while small groups may fly together, they do not tend to mix with other species. We saw this individual foraging on its own. The whimbrel has two bold dark stripes separated by white at the crown of the head. The whimbrel also tends to probe around with its beak more than the other curlews as it looks for food in the mud. 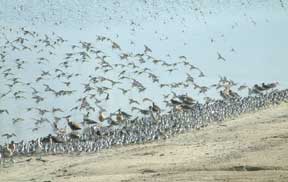 Bolsa Chica is a wonderful place to experience sandpipers, ducks, pelicans and more. Give the Gift of Adventure this Holiday Season. Take your loved ones to a nature preserve and explore.