The Fight to Relist Wolves As Endangered 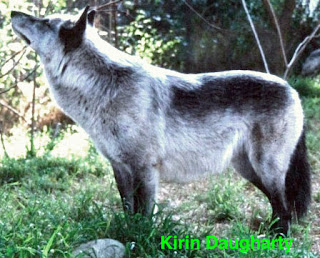 Today a trial begins in Ventura County seeking a court order for the Biden Administration to relist the gray wolf as an endangered species. A private individual and several conservation organizations are arguing that gray wolves once existed across North America and people have a right to see this icon animal in the wild. They argue wolves should be protected until their numbers and range have recovered from centuries of extermination.

Ironically, a single radio-collared gray wolf arrived in the northern reaches of Ventura County earlier this year. This lone male wolf has dispersed from the California/Oregon boarder where a small family of wolves have re-established territory.

There is no doubt that the environment needs the return of this large predator. The return of wolves to Yellowstone National Park has had a transformative impact on the ecosystem. Wolves outside of the Park, however, have often met with persecution and slaughter.

Have wolves recovered across North America? No. Should they continue to have Endangered Species status? States with large natural populations, say 'No.' A single wolf in Southern California, surely deserves some protection. He also deserves the possibility of finding a mate, not a life of perpetual wandering to find a female that doesn't exist. 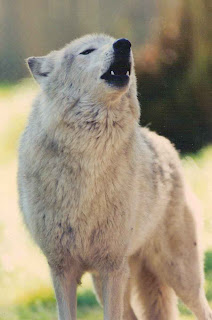 Do I want a wolf in my backyard? We have a pack of coyotes, now. They were very vocal last night. When there are eight to ten coyotes out in the darkness, our fifty pound dog can't go out into the yard alone. There have been several occasions when he has come face-to-face with them at the edge of the patio. Is he slightly bigger than the coyotes? Yes, but he is a retriever breed with rounded teeth that  give him little defense against a coyote pack. These coyotes have changed their natural behavior to try and fill the niche of wolves. They hunt in a pack, rather than in pairs.

The Endangered Species Act can't be a one size fits all protection. There needs to be a way to address species protection locally that is integrated into a national effort. Such an effort would require people coming together and that seems harder now than it did ten years ago. For every person who claims it is their constitutional right to see wolves in the wild, there is a person who will say it is their right to let their dog, cattle, sheep, etc out of an enclosure into an area safe from attack by wolves. The emotional turmoil around wolves.

Because wolves are a species across a wide and diverse range, it is time to rethink how we approach their protection and reintegration with humans. Those who love wolves can't litigate those who hate wolves to change their minds.